Our Story, as I know it begins in
Contessa Entellina circa 1912.

I have names and dates going back farther than 1912, but as of yet, don’t have personal information on those ancestors other than their names and birth/death dates. You may view that information by clicking on the “Family Tree” button to the left.

Contessa Entellina was founded in 1450 on the site of an ancient hamlet, the existence of which was recorded in the 14th C by Greek-Albanian immigrants coming from Bisiri, near Mazara. The inhabitants have maintained their Albanian dialect and traditional costumes. The village’s is located 78 km from Palermo, altitude 571 M., on the N face of Monte Genuardo, in the upper basin of the Left Belice River.

Originally the town was known as ‘Contessa’, possibly referring to the feudatory Caterina Cadorna, Countess of Chiusa in the 14th C; in 1875 the name ‘Entellina’ was added to recall the ancient Elymian city of Entellina, which stood nearby until it was destroyed by Frederick II in 1224.

Excerpted from: Sicily and Its Islands 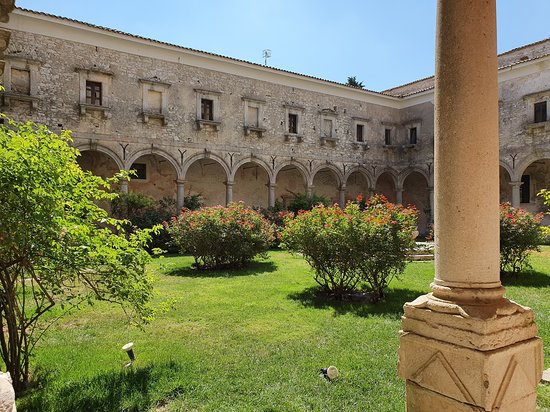 This photo of Contessa Entellina is courtesy of Tripadvisor 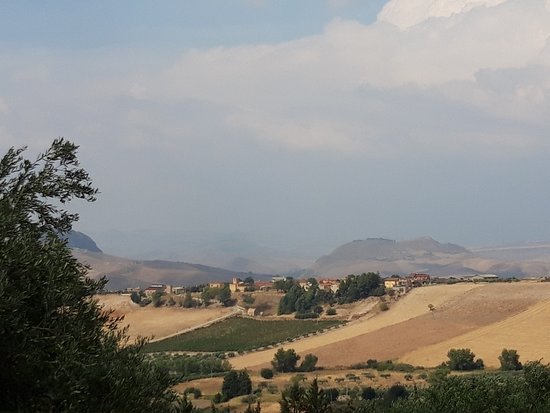 This photo of Contessa Entellina is courtesy of Tripadvisor

Our Tripolino and Romano ancestors left all they knew in Contessa behind in hopes that they would find a better way of life for themselves and their families in America. They began their emigration circa 1898.

Our immigrant ancestor, Pietro Tripolino, left Contessa sometime around 1890 and entered the US thru New Orleans. I have yet to find the exact record of his passage, but am still hopeful that I’ll find that record. He was married to a Maria (last name unknown) – possibly Restivo. Either she died, or they separated because he shows up in Ybor City, Tampa, FL in 1900 on a marriage record to his second wife, Francesca Rotolo. He had one son from his first marriage to Maria – our Antonino Tripolino.

Our Romano family patriarch is Filippo Romano. He was born in Contessa Entellina, Sicily. He married Antonina Marino in Contessa. Together they had 8 children. Giovanni was the oldest son, and the first to immigrate to the US. He and his wife, Anna Giovingo sailed into Ellis Island on the ship San Guglielmo on Sept. 16, 1912. On the manifest, Giovanni states that he was coming to visit his uncle, Paolo Pirillo on 779 Main St., Tampa. I did find Paolo’s immigration record also, and he stated he was coming to live with his brother inlaw in Driftwood, PA. Could’nt make out the brother inlaw’s name, however, it looked like Domenic Leto. Anna stated that she was from Bisaquino.

The next record I have is for Filippo and his eldest daughter, Adenzia (my g-Nana). Filippo must have come to the US at an earlier time, and gone back to Sicily to get Adenzia, because on his manifest record it states that he had been to the US before; however, I can’t seem to find the record of his earlier travels. Filippo and Adenzia came over on the ship The Canada on Dec. 28, 1912; only 3 months after Giovanni. They stated their relative in the US as “son Giovanni, Main St., Tampa.”

Next to immigrate from the Romano family was Filippo’s son Domenico. Domenico arrived in 1913 on the ship Venezia from Palermo.

Finally, Filippo sent for his wife and the remaining children in Contessa. Antonina, along with children, Salvatore, Francesco, Rosa, Carmella and Vincenzo sailed from Palermo Feb. 14, 1914 on the ship America. This was nearly 2 years after Filippo came over with Adenzia. Also making the voyage on the ship with the family was Domenico’s wife, Rosaria Cuggino and her 1-yr old son Filippo.

From their entry into the US through Ellis Island, our Romano family made it’s way to Tampa, FL, where they got jobs in the cigar factories in Ybor City. Most of them lived on 12th Avenue in Ybor. Ybor is now a historical section of Tampa, and has been extensively renovated.